I read yesterday that Carrie Fisher was laid to rest and that her ashes had been contained in a Prozac urn. It both mad me sad (that we lost an icon, childhood hero, and mental illness advocate), but made me laugh at her ultimate nose thumbing. It is a true testament

to her wit and humour. Carrie’s Leia was the first princess I ever wanted to be. I mean why not? She was plucky, beautiful, spunky and carried a blaster, what little girl wouldn’t want to be her?! Sadly I was ill equipped and lacked the follicular capacity to create those famous cinnamon buns, Cinderella it was. All humour aside, her passing reminded me that all of us struggle, sometimes it is invisible and private and sometimes it is right there in your face. Regardless of which it is, we all have the capacity and grace to pull ourselves up and make a comeback.

I don’t only live with one invisible stigmatized disease (lung cancer), but two. I also live with depression and anxiety. You may think that it came about after being diagnosed with cancer, but my first diagnosis occurred in my mid-20s. Since then, a lot has happened and understandably, depression has played a fairly significant roll in my life post diagnosis. I 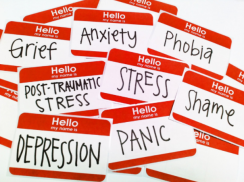 had an inkling that it may come around again post Dx and tried to head it off at the pass, but your body and mind have a way of telling you it needs help.

In my 20’s depression was a sleeper. It snuck up on me and slowly took over my life over the course of a year. In my cancer years, even being fully aware that it could happen again, it hit me like a truck with anger and bitterness, two emotions I didn’t need in my life or recognize as depression. Rather than allowing my life to be dictated by these volatile emotions, I sought out help. Lots of it! I went to Young Adult support groups, saw a psychologist, was part of an online lung cancer group, and finally took medication. I needed it all, and it helped.

Two years ago I tried weaning off my meds, I wrote about and shared the experience with The Cancer Knowledge Network. The entire experience was both eye-opening and rather terrifying. I share it again here because I want people to know that there is no shame in having a mental illness, and there is no shame in asking for help when you need it. It is not a weakness but rather a great strength and sense of self-awareness.

I have cracks and they are starting to show. Actually I’m crumbling. I tried an experiment, it failed. Or maybe it was a raging success, because I’ve come to the grim realization that for the rest of my life I will depend on anti-depressants to regulate my mood. I suppose that you should be careful what you wish for, because you just might get it…

I wanted to see how I would fare weaning myself off of my meds just to see what it would be like to feel normal. Maybe I’d be happy and satisfied and in control of my emotions, because for 4 years I’ve felt numb. It felt like I wasn’t experiencing my life as fully as I should. I missed the raw edges because I wasn’t sure if what I was feeling was as intense as it should be. I was happy and sad but never really happy or really sad, which is why I suppose I began taking meds in the first place. The highs and lows were just so extreme that I was a walking minefield.

Afterwards though I was even keel, but dulled somehow, at least I felt like I was dulled. So I thought was could it hurt?

It’s been almost a month and I’m feeling. Feeling angry and bitter, sad and depressed. I actually hate myself right now. I don’t like wallowing in self-pity, but that’s exactly what I’ve been doing. I want to curl up into a ball and sleep. I want the world to go away and just leave me alone. I hate feeling this way! I hate that I can’t be happy for others without feeling sorry for myself. I hate thinking that my life has been a series of tragedies that I just happen to scrape through. I hate thinking that I should be happy because I’m alive. I hate not getting what I want, what I’ve worked hard for. I hate self-pity!

So on Monday I will fill my prescription again and hope that the edges will become dulled so I can be the person I was a month ago before this brainchild of mine, before I became myself. I will become comfortably numb like the song says and I will feel…less. I won’t hate myself so much, and I’ll go on. I just wish I didn’t need pills to keep me from being me, a me who apparently is bitter and angry even if I am grateful to be alive, because sometimes even that isn’t enough.

It is my hope that some one reading this will reach out if they are struggling, because sometimes it is just too much to hold, and you need someone to help you let go. 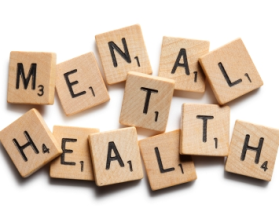 I Need to Talk to Someone 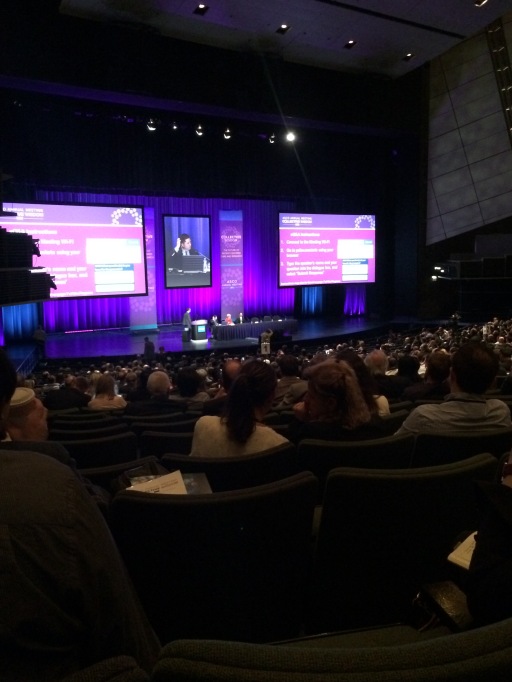 Hey Momma I’m right here by your side k

I’ve got my eyes on you Momma. 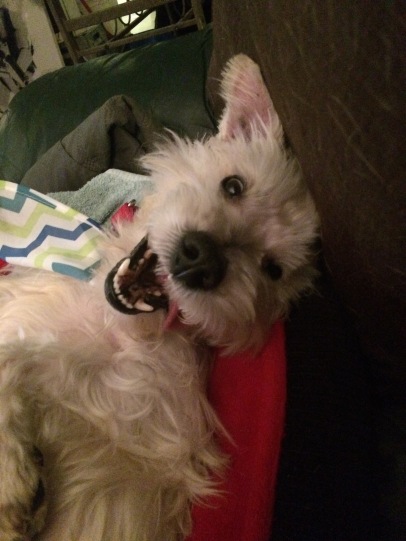 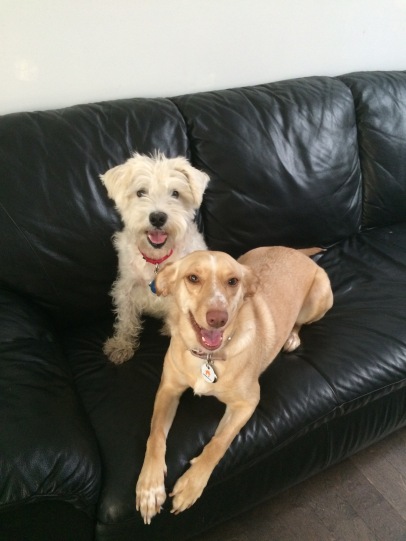 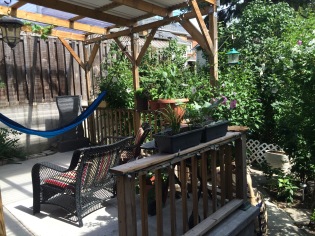 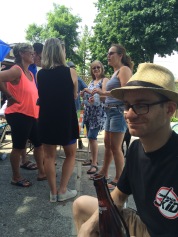 My husband gives me butterflies 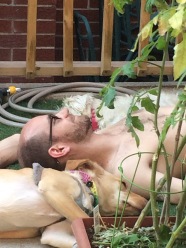 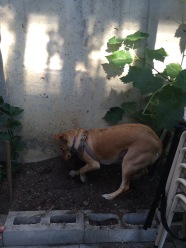 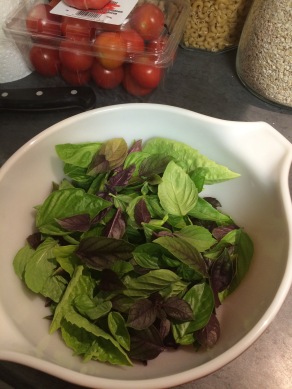 They can be so sweet

I left for one minute… 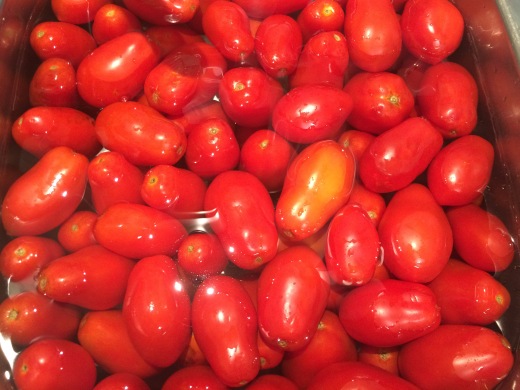 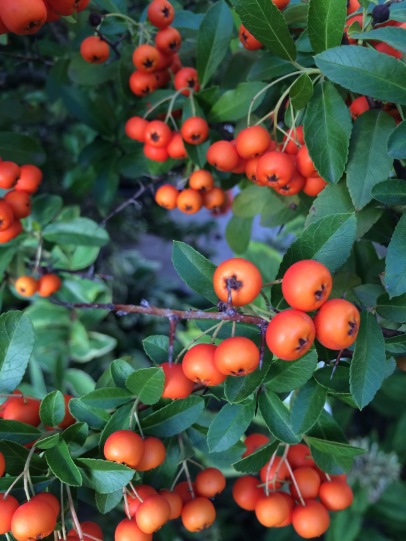 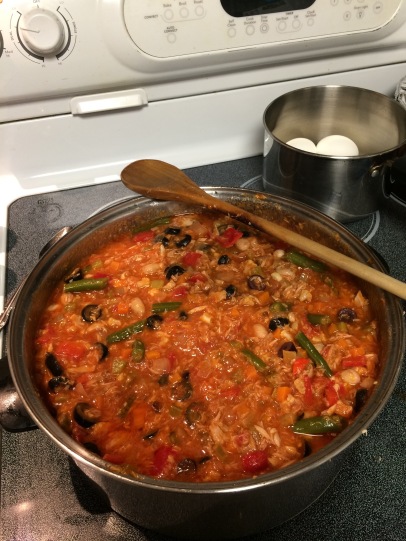 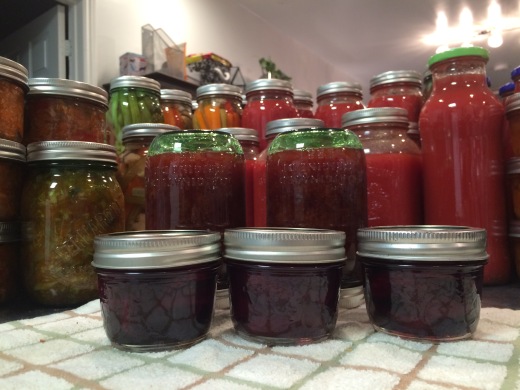 Canning Extravaganza aka the great scamazza of 2016 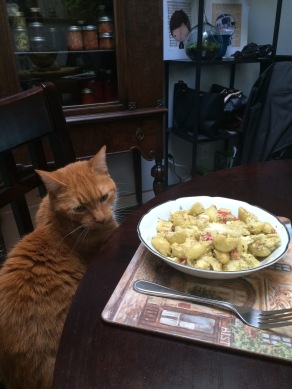 Borat decided he would be my dinner date.